In the United States today, how and what we eat—with all of its myriad ethnic varieties and endless choices—is firmly entrenched in every part of our culture. The American diet underwent constant evolution throughout the 20th century, starting from the meat-and-potatoes fare of the early-20th century and maturing into a culture that embraced the cuisines of immigrant populations, fast-food chains, health fads, and emerging gourmet tastes. Societal changes moved women out of the kitchen and into the workforce, spawning the invention of convenience foods and time-saving kitchen appliances.

American Food by the Decades is an entertaining chronological survey of food trends in the United States during the 20th century. The book is organized by decades to illustrate how changes in society directly influenced dietary and dining habits as they emerged over the last 100 years. Detailed encyclopedic entries provide fascinating glimpses into history by telling the true stories behind the foods, restaurants, grocery stores, and cooking trends of the previous century. 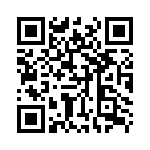