Most of us experience the world through competing perspectives. A job or a religion seems important and fulfilling when looked at in one way, but from a different angle they seem tedious or ridiculous. A friend is obtuse from one point of view, wise from another. Continuing to hold both views at once can be unsettling, highlighting conflicts between our own judgments and values and undermining our ability to live purposefully and effectively.

Yet, as Jennifer Church argues in this book, inner conflict can be a good thing, and not just as a temporary road bump on the road to resolution. This book describes several desirable types of “double consciousness” – or being of two minds – and explains why and how they should be maintained. Church looks critically at some common ideas about identity, including a popular belief about narratives that suggests our lives should “make sense” as a story. She also examines how empathy can helpfully cause us to be of two minds, and how various forms of irony and laughter enable us to benefit from holding onto opposing views. Finally, Church shows the merit of acknowledging reality while sometimes being guided by fantasy.

Why It’s OK to Be of Two Minds is for anyone who’s held two opposing views simultaneously, which is to say it’s for everyone. 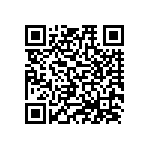