THE DAZZLING NEW MASTERWORK FROM THE PROPHET OF SILICON VALLEY

Jaron Lanier is the bestselling author of You Are Not a Gadget, the father of virtual reality, and one of the most influential thinkers of our time. For decades, Lanier has drawn on his expertise and experience as a computer scientist, musician, and digital media pioneer to predict the revolutionary ways in which technology is transforming our culture.

Who Owns the Future? is a visionary reckoning with the effects network technologies have had on our economy. Lanier asserts that the rise of digital networks led our economy into recession and decimated the middle class. Now, as technology flattens more and more industries—from media to medicine to manufacturing—we are facing even greater challenges to employment and personal wealth.

But there is an alternative to allowing technology to own our future. In this ambitious and deeply humane book, Lanier charts the path toward a new information economy that will stabilize the middle class and allow it to grow. It is time for ordinary people to be rewarded for what they do and share on the web.

Insightful, original, and provocative, Who Owns the Future? is necessary reading for everyone who lives a part of their lives online.An Amazon Best Book of the Month, May 2013: Jaron Lanier's last book, You Are Not a Gadget, was an influential criticism of Web 2.0's crowd-sourced backbone. In Who Owns the Future?, Lanier is interested in how network technologies affect our culture, economy, and collective soul. Lanier is talking about pretty heady stuff--the monopolistic power of big tech companies (dubbed "Siren Servers"), the flattening of the middle class, the obscuring of humanity--but he has a gift for explaining sophisticated concepts with clarity. In fact, what separates Lanier from a lot of techno-futurists is his emphasis on the maintaining humanism and accessibility in technology. In the most ambitious part of the book, Lanier expresses what he believes to be the ideal version of the networked future--one that is built on two-way connections instead of one-way relationships, allowing content, media, and other innovations to be more easily attributed (including a system of micro-payments that lead back to its creator). Is the two-way networked vision of the internet proposed in Who Owns the Future quixotic? Even Lanier seems unsure, but his goal here is to establish a foundation for which we should strive. At one point, Lanier jokingly asks sci-fi author William Gibson to write something that doesn't depict technology as so menacing. Gibson replies, "Jaron, I tried. But it's coming out dark." Lanier is able to conjure a future that's much brighter, and hopefully in his imagination, we are moving closer to that. --Kevin Nguyen 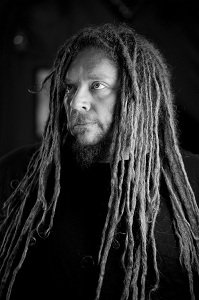 Q. Years ago, in the early days of networking, you and your friends asserted that information should be free. What made you change your tune?

A. In the big picture, a great new technology that makes the world more efficient should result in waves of new opportunity. That’s what happened with, say, electricity, telephones, cars, plumbing, fertilizers, vaccinations, and many other examples. Why on earth have the early years of the network revolution been associated with recessions, austerity, jobless recoveries, and loss of social mobility? Something has clearly gone wrong.

Sharing information freely, without traditional rewards like royalties or paychecks, was supposed to create opportunities for brave, creative individuals. Instead, I have watched each successive generation of young journalists, artists, musicians, photographers, and writers face harsher and harsher odds. The perverse effect of opening up information has been that the status of a young person’s parents matters more and more, since it’s so hard to make one’s way.

Q. Throughout history, technological revolutions have caused unemployment but also brought about new types of jobs to replace the old ones. What’s different today?

A. Cars can now drive themselves, and cloud services can translate passages between languages well enough to be of practical use. But the role of people in these technologies turned out to be a surprise.

Back in the 1950s, the fantasy in the computer science world was that smart scientists would achieve machine intelligence and profound levels of automation, but that never worked. Instead, vast amounts of “big data” gathered from real people is rehashed to create automation. There are many, many real people behind the curtain.

This should be great news for the future of employment! Multitudes of people are needed in order for robots to speak, drive cars, or perform operations. The only problem is that as the information age is dawning, the ideology of bright young people and newfangled plutocrats alike holds that information should be free.

Q. Who does own the future? What’s up for grabs that will affect our future livelihoods?

A. The answer is indeed up for grabs. If we keep on doing things as we are, the answer is clear: The future will be narrowly owned by the people who run the biggest, best connected computers, which will usually be found in giant, remote cloud computing farms.

The answer I am promoting instead is that the future should be owned broadly by everyone who contributes data to the cloud, as robots and other machines animated by cloud software start to drive our vehicles, care for us when we’re sick, mine our natural resources, create the physical objects we use, and so on, as the 21st century progresses.

Right now, most people are only gaining informal benefits from advances in technology, like free internet services, while those who own the biggest computers are concentrating formal benefits to an unsustainable degree.

Q. What is a “Siren Server” and how does it function?

A. I needed a broad name for the gargantuan cloud computer services that are concentrating wealth and influence in our era. They go by so many names! There are national intelligence agencies, the famous Silicon Valley companies with nursery school names, the stealthy high finance schemes, and others.

All these schemes are quite similar. The biggest computers can predictably calculate wealth and clout on a broad, statistical level. For instance, an insurance company might use massive amounts of data to only insure people who are unlikely to get sick. The problem is that the risk and loss that can be avoided by having the biggest computer still exist. Everyone else must pay for the risk and loss that the Siren Server can avoid.

The interesting thing about the original Homeric Sirens was that they didn’t actually attack sailors. The fatal peril was that sailors volunteered to grant the sirens control of the interaction. That’s what we’re all doing with the biggest computing schemes.

Q. As a solution to the economic problems caused by digital networks, you assert that each one of us should be paid for what we do and share online. How would that work?

A. We’ve all contributed to the fortunes of big Silicon Valley schemes, big finance schemes, and all manner of other schemes which are driven by computation over a network. But our contributions were deliberately forgotten. This is partly due to the ideology of copying without a trace that my friends and I mistakenly thought would lead to a fairer world, back in the day.

The error we made was simple: Not all computers are created equal.

What is clear is that networks could remember where the value actually came from, which is from a very broad range of people. I sketch a way that universal micropayments might solve the problem, though I am not attempting to present a utopian solution. Instead I hope to deprogram people from the “open” ideal to think about networks more broadly. I am certain that once the conversation escapes the bounds of what has become an orthodoxy, better ideas will come about.

Q. Who Owns the Future seems like two books in one. Does it seem that way to you?

A. If all I wanted was sympathy and popularity, I am sure that a critique by itself—without a proposal for a solution—would have been more effective.

It’s true that the fixes put forward in Who Owns the Future are ambitious, but they are presented within an explicitly modest wrapping. I am hoping to make the world safer for diverse ideas about the future. Our times are terribly conformist. For instance, one is either “red” or “blue,” or is accepted by the “open culture” crowd or not. I seek to bust open such orthodoxies by showing that other ideas are possible. So I present an intentionally rough sketch of an alternate future that doesn’t match up with any of the present orthodoxies.

A reality-based, compassionate world is one in which criticism is okay. I dish it out, but I also lay my tender neck out before you.

Q. You’re a musician in addition to being a computer scientist. What insight has that given you?

A. In the 1990s I was signed to a big label, but as a minor artist. I had to compete in an esoteric niche market, as an experimental classical/jazz high prestige sort of artist. That world was highly competitive and professional, and inspired an intense level of effort from me.

I assumed that losing the moneyed side of the recording business would not make all that much of a difference, but I was wrong. I no longer bother to release music. The reason is that it now feels like a vanity market. Self-promotion has become the primary activity of many of my musician friends. Yuk.

When the music is heard, it’s often in the context of automatically generated streams from some cloud service, so the listener doesn’t even know it’s you. Successful music tends to be quite conformist to some pre-existing category, because that way it fits better into the automatic streaming schemes. I miss competing in the intense NYC music scene. Who keeps you honest when the world is drowning in insincere flattery?

So here I am writing books. Hello book critics!

PART ONE First Round
1. Motivation
2. A Simple Idea

PART TWO The Cybernetic Tempest
3. Money as Seen Through One Computer Scientist’s Eyes
4. The Ad Hoc Construction of Mass Dignity
5. “Siren Servers”
6. The Specter of the Perfect Investment
7. Some Pioneering Siren Servers

PART THREE How This Century Might Unfold, from Two Points of View
8. From Below: Mass Unemployment Events
9. From Above: Misusing Big Data to Become Ridiculous

PART SIX Democracy
16. Complaint Is Not Enough
17. Clout Must Underlie Rights, if Rights Are to Persist

PART EIGHT The Dirty Pictures (or, Nuts and Bolts: What a Humanistic Alternative Might Be Like)
19. The Project
20. We Need to Do Better than Ad Hoc Levees
21. Some First Principles
22. Who Will Do What?
23. Big Business
24. How Will We Earn and Spend?
25. Risk
26. Financial Identity
27. Inclusion
28. The Interface to Reality
29. Creepy
30. A Stab at Mitigating Creepiness 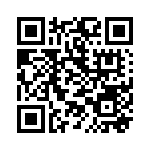 How to Download? Report Dead Links & Get a Copy
Online Preview Reviews 58 Get Print Book