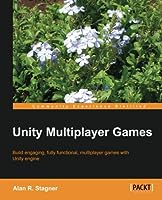 Unity is a game development engine that is fully integrated with a complete set of intuitive tools and rapid workflows used to create interactive 3D content. Multiplayer games have long been a staple of video games, and online multiplayer games have seen an explosion in popularity in recent years. Unity provides a unique platform for independent developers to create the most in-demand multiplayer experiences, from relaxing social MMOs to adrenaline-pumping competitive shooters.

You will learn all the skills needed to make any multiplayer game you can think of using this practical guide. We break down complex multiplayer games into basic components, for different kinds of games, whether they be large multi-user environments or small 8-player action games. You will get started by learning networking technologies for a variety of situations with a Pong game, and also host a game server and learn to connect to it.Then, we will show you how to structure your game logic to work in a multiplayer environment. We will cover how to implement client-side game logic for player-hosted games and server-side game logic for MMO-style games, as well as how to deal with network latency, unreliability, and security.

You will then gain an understanding of the Photon Server while creating a star collector game; and later, the Player.IO by creating a multiplayer RTS prototype game. You will also learn using PubNub with Unity by creating a chatbox application. Unity Multiplayer Games will help you learn how to use the most popular networking middleware available for Unity, from peer-oriented setups to dedicated server technology.

An easy-to-follow, tutorial manner that uses the learning-by-example approach.

If you are a developer who wants to start making multiplayer games with the Unity game engine, this book is for you. This book assumes you have some basic experience with programming. No prior knowledge of the Unity IDE is required. 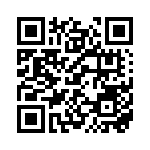 How to Download? Report Dead Links & Get a Copy
Online Preview Reviews 8 Get Print Book