we'll discuss the major foundations of scripting with C# in Unity and apply what we've learned into a mini project. To start out, we'll look at the core workflow for creating and executing scripts in the Unity Editor. Then we'll learn about the core fundamentals that are used when scripting in Unity such as creating and manipulating variables, understanding the different types of operators, and how we can create instructions for our game objects using functions. We'll also jump into creating logic with conditional statements, loops, and basic arrays. Finally, we'll take what we've learned and apply it to creating a simple physics based rolling ball game.

Who this book is for?

If you don't know anything about programming in general, writing code, writing scripts, or have no idea where to even begin, then this book is perfect for you. If you want to make games and need to learn how to write C# scripts or code, then this book is ideal for you.

Unity is a cross-platform development platform initially created for developing games but is now used for a wide range of things such as: architecture, art, children's apps, information management, education, entertainment, marketing, medical, military, physical installations, simulations, training, and many more.Unity takes a lot of the complexities of developing games and similar interactive experiences and looks after them behind the scenes so people can get on with designing and developing their games. These complexities include graphics rendering, world physics and compiling. More advanced users can interact and adapt them as needed but for beginners they need not worry about it.Games in Unity are developed in two halves; the first half -within the Unity editor, and the second half -using code, specifically C#. Unity is bundled with MonoDevelopor Visual Studio 2019 Community for writing C#. 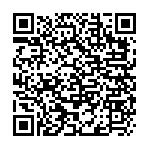