This book introduces novel thinking and techniques to the control of robotic manipulation. In particular, the concept of teleimpedance control as an alternative method to bilateral force-reflecting teleoperation control for robotic manipulation is introduced. In teleimpedance control, a compound reference command is sent to the slave robot including both the desired motion trajectory and impedance profile, which are then realized by the remote controller. This concept forms a basis for the development of the controllers for a robotic arm, a dual-arm setup, a synergy-driven robotic hand, and a compliant exoskeleton for improved interaction performance. 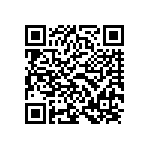