To Live Outside the Law is the first insider account of the LSD conspiracy ended by Operation Julie, Britain's biggest drug bust. The book opens with Leaf Fielding's arrest in a pre-dawn police raid and ends five years later with his release from jail.

The narrative moves back and forth between the harsh world of prison and his previous life - from a childhood at a brutal boarding school onto undergraduate days and his LSD epiphany in the summer of love, 1967.

Acid transformed him in an instant from nerdy scholar to footloose freak. His ten years of adventures in the hippie underground gave the title to this book - a quote from a Bob Dylan song - they also took him across Europe, to the Andes, to Indochina and on to the edge of the known universe. They also led inexorably to his downfall. 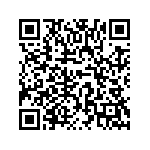