The era of Big Data as arrived, and most organizations are woefully unprepared. Slowly, many are discovering that stalwarts like Excel spreadsheets, KPIs, standard reports, and even traditional business intelligence tools aren't sufficient. These old standbys can't begin to handle today's increasing streams, volumes, and types of data. Amidst all of the chaos, though, a new type of organization is emerging. In The Visual Organization, award-winning author and technology expert Phil Simon looks at how an increasingly number of organizations are embracing new dataviz tools and, more important, a new mind-set based upon data discovery and exploration. Simon adroitly shows how Amazon, Apple, Facebook, Google, Twitter, and other tech heavyweights use powerful data visualization tools to garner fascinating insights into their businesses. But make no mistake: these companies are hardly alone. Organizations of all types, industries, sizes are representing their data in new and amazing ways. As a result, they are asking better questions and making better business decisions. Rife with real-world examples and case studies, The Visual Organization is a full-color tour-de-force.

Q&A with Phil Simon, author of The Visual Organization

Why did you write The Visual Organization?

Jim Barksdale, former CEO of Netscape, once famously said, “If we have data, let’s look at data. If all we have are opinions, let’s go with mine.” I love that quote, and it’s in the book. Barksdale is probably happy right now. Today more than ever, professionals are being asked to argue their cases and make their decisions based on data. A new, data-oriented mind-set is permeating the business world. Blame or credit Google or Nate Silver. For instance, journalists, drycleaners, and football teams today are representing data in interesting ways, a subject I’ve discussed frequently on my blog and with colleagues and clients. Next, I believe that the book fills a vacuum. I reviewed many of the current books on data visualization. While enormously helpful, they tend to be how-to books. As such, they emphasize theory over practice. The title of my book is no accident: I am unaware of an existing text that examines how actual organizations, departments, and people have used contemporary dataviz tools to move the needle. This is particularly true with dataviz. As I discovered researching The Visual Organization, there aren’t too many original, insightful, and vendor-neutral case studies on the topic. This is a big problem. Far too many business books lack case studies—and suffer as a result. When done right, case studies can be enormously helpful, as they provide real-world business context and valuable lessons. The Visual Organization takes a “show me, don’t tell me” approach. Finally, and this is a purely selfish reason, I enjoy the writing process. At the end of months and months of work, it feels pretty good to hold your book in your hand.

Is The Visual Organization similar to your last book, Too Big to Ignore: The Business Case for Big Data? And how does it different from other data visualization books?

There’s definitely a bit of overlap, but these are very different books. Too Big to Ignore serves as a what I believe is a useful and jargon-free overview of a very important subject: Big Data. I detail the most prominent technologies, applications, and tools. Among the most important questions that book answers is, “How are organizations finding the signal in the noise that is Big Data?” That’s a really big question, one that necessitated much more breadth than depth. As such, Too Big to Ignore provides overviews of Hadoop, NoSQL, different statistical methods, natural language processing, data visualization, and other Big Data tools. Many books have been—and are being—written about each of those technologies. The Visual Organization is different on two fronts. First, it is much deeper than it is wide. Second, it is unlike existing dataviz books by Nathan Yau, Stephen Few, and Edward Tufte. The Visual Organization is fundamentally about how progressive organizations today are using a wide array of dataviz tools to ask better questions of their data–and make better business decisions. With a data-friendly mind-set, companies like Netflix, Wedgies, eBay, the University of Texas, and Autodesk are garnering amazing insights into their operations, users, customers, products, and employees.

You start the book with the story of the Tableau IPO? What did it signify to you?

In short, the arrival of The Visual Organization. Think about it. One year after the Facebook IPO bombed, Tableau’s stock skyrocketed 63 percent. Here is a company that does one thing: dataviz. That’s it. I found the contrast to the Facebook IPO riveting, not to mention endemic of a much larger trend.

You write about the recent proliferation of dataviz tools. Can you elaborate here?

IBM Cognos, SAS, and other enterprise BI stalwarts are still around, but they are no longer the only game in town. Today, an organization need not spend hundreds of thousands or millions of dollars to get going with dataviz. These new tools have become progressively more powerful and democratic over the last decade. Long gone are the days in which IT needed to generate reports for non-technical employees. They have made it easier than ever to for employees to quickly discover new things in increasingly large datasets. Examples include Visual.ly, Tableau, Vizify, D3.js, R, and myriad others.

Yeah, but don’t most organizations already “do” dataviz?

Sure, to some extent. A simple Excel graph or chart certainly qualifies as rudimentary dataviz, but it’s unlikely to promote true data discovery. Many of the interactive dataviz tools I discuss in the book are far better suited for this critical type of exploration.

More generally, many CXOs are paying lip service to Big Data—and the importance of data in general. In my view, though, relatively few are truly harnessing its power. Of course, there are exceptions to this rule. I’d include Amazon, Apple, Facebook, Google, Twitter, and Netflix, among others. If you peel back the onion, you’ll see that employees these organizations are doing a great deal more than creating simple graphs, bar charts, and pivot tables. Employees here are interacting with their data, learning new things about their businesses in the process. That’s a major theme of the book.

Any advice on becoming a visual organization?

Buy and read the book. All kidding aside, remember the famous words of Peter Drucker: Culture eats strategy for breakfast. Tools matter, but an organization’s culture often plays a bigger role in its success. The same is true here.

Also, it’s a marathon, not a sprint. Sure, there’s low-hanging fruit. Remember that Google, like Rome, was not built in a day.

Part One Book Overview and Background
Chapter 1 The Ascent of the Visual Organization
Chapter 2 Transforming Data into Insights: The Tools

Part Four Conclusion and the Future of Dataviz 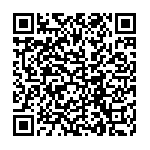 How to Download? Report Dead Links & Get a Copy
Online Preview Reviews 43 Get Print Book