In December 1937, the Japanese army swept into the ancient city of Nanking. Within weeks, more than 300,000 Chinese civilians and soldiers were systematically raped, tortured, and murdered—a death toll exceeding that of the atomic blasts of Hiroshima and Nagasaki combined. Using extensive interviews with survivors and newly discovered documents, Iris Chang has written the definitive history of this horrifying episode.

China has endured much hardship in its history, as Iris Chang shows in her ably researched The Rape of Nanking, a book that recounts the horrible events in that eastern Chinese city under Japanese occupation in the late 1930s. Nanking, she writes, served as a kind of laboratory in which Japanese soldiers were taught to slaughter unarmed, unresisting civilians, as they would later do throughout Asia. Likening their victims to insects and animals, the Japanese commanders orchestrated a campaign in which several hundred thousand--no one is sure just how many--Chinese soldiers and noncombatants alike were killed. Chang turns up an unlikely hero in German businessman John Rabe, a devoted member of the Nazi party who importuned Adolf Hitler to intervene and stop the slaughter, and who personally saved the lives of countless residents of Nanking. She also suggests that the Japanese government pay reparations and apologize for its army's horrific acts of 60 years ago. 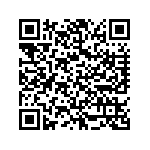 How to Download? Report Dead Links & Get a Copy
Online Preview Reviews 703 Get Print Book