Scientific and popular literature on modern cosmology is very extensive; however, scholarly works on the historical development of cosmology are few and scattered. The Oxford Handbook of the History of Modern Cosmology offers a comprehensive and authoritative account of the history of cosmology from the late nineteenth century to the early twenty-first century.

It provides historical background to what we know about the universe today, including not only the successes but also the many false starts. Big Bang theory features prominently, but so does the defunct steady state theory. The book starts with a chapter on the pre-Einstein period (1860-1910) and ends with chapters on modern developments such as inflation, dark energy and multiverse hypotheses. The chapters are organized chronologically, with some focusing on theory and others more on observations and technological advances. A few of the chapters discuss more general ideas, relating to larger contexts such as politics, economy, philosophy and world views. 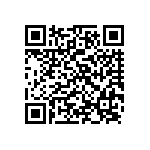