Major figures of twentieth-century philosophy were enthralled by the revolution in formal logic, and many of their arguments are based on novel mathematical discoveries. Hilary Putnam claimed that the Löwenheim-Skølem theorem refutes the existence of an objective, observer-independent world; Bas van Fraassen claimed that arguments against empiricism in philosophy of science are ineffective against a semantic approach to scientific theories; W. V. O. Quine claimed that the distinction between analytic and synthetic truths is trivialized by the fact that any theory can be reduced to one in which all truths are analytic. This book dissects these and other arguments through in-depth investigation of the mathematical facts undergirding them. It presents a systematic, mathematically rigorous account of the key notions arising from such debates, including theory, equivalence, translation, reduction, and model. The result is a far-reaching reconceptualization of the role of formal methods in answering philosophical questions. 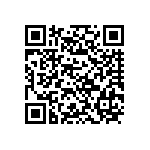