**The Last Hunter - Pursuit (Book 2 of the Antarktos Saga) is now available. Pick up both books while you're here!

I've been told that the entire continent of Antarctica groaned at the moment of my birth. The howl tore across glaciers, over mountains and deep into the ice. Everyone says so. Except for my father; all he heard was Mother's sobs. Not of pain, but of joy, so he says. Other than that, the only verifiable fact about the day I was born is that an iceberg the size of Los Angeles broke free from the ice shelf a few miles off the coast. Again, some would have me believe the fracture took place as I entered the world. But all that really matters, according to my parents, is that I, Solomon Ull Vincent, the first child born on Antarctica--the first and only Antarctican--was born on September 2nd, 1974.

If only someone could have warned me that, upon my return to the continent of my birth thirteen years later, I would be kidnapped, subjected to tortures beyond comprehension and forced to fight...and kill. If only someone had hinted that I'd wind up struggling to survive in a subterranean world full of ancient warriors, strange creatures and supernatural powers.

This is my story--the tale of Solomon Ull Vincent--The Last Hunter.

"Rocket-boosted action, brilliant speculation, and the recreation of a horror out of the mythologic past, all seamlessly blend into a rollercoaster ride of suspense and adventure." -- James Rollins, New York Times bestselling author of JAKE RANSOM AND THE SKULL KING'S SHADOW

"If you like thrillers original, unpredictable and chock-full of action, you are going to love Jeremy Robinson..."-- Stephen Coonts, NY Times bestselling author of DEEP BLACK: ARCTIC GOLD

"There's nothing timid about Robinson as he drops his readers off the cliff without a parachute and somehow manages to catch us an inch or two from doom." -- Jeff Long, New York Times bestselling author of THE DESCENT

"Greek myth and biotechnology collide in Robinson's first in a new thriller series to feature the Chess Team... Robinson will have readers turning the pages..." -- Publisher's Weekly

"Jeremy Robinson's THRESHOLD is one hell of a thriller, wildly imaginative and diabolical, which combines ancient legends and modern science into a non-stop action ride that will keep you turning the pages until the wee hours. Relentlessly gripping from start to finish, don't turn your back on this book!" -- Douglas Preston, NY Times bestselling author of IMPACT and BLASPHEMY

"Jeremy Robinson is a fresh new face in adventure writing and will make a mark in suspense for years to come." --David Lynn Golemon, NY Times bestselling author of LEGEND and EVENT

JEREMY ROBINSON is the author of eleven novels including PULSE, INSTINCT, and THRESHOLD the first three books in his exciting Jack Sigler series. His novels have been translated into nine languages. He is also the director of New Hampshire AuthorFest, a non-profit organization promoting literacy. He lives in New Hampshire with his wife and three children. 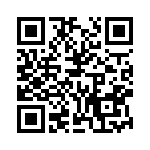 How to Download? Report Dead Links & Get a Copy
Online Preview Reviews 82 Get Print Book