If you’re new to iOS and Swift 3, or to programming in general, learning how to write an app can seem incredibly overwhelming.

That’s why you need a guide that:

We’ll start at the very beginning. The first tutorial assumes absolutely zero programming knowledge but still shows you how to build an entire game from scratch.

The iOS Apprentice series doesn’t cover every single feature of iOS – it just focuses on the absolutely essential ones that you need to know.

Instead of just covering a list of features, the iOS Apprentice series does something much more important: it explains how all the different building blocks fit together and what is involved in building real apps.

You’re not going to create quick example programs that demonstrate how to accomplish a single feature. Instead, you’ll develop complete, fully-formed apps that are good enough to submit to the App Store! 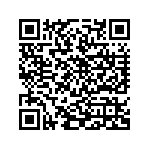