November 1958: the National Horse Show at Madison Square Garden in New York City. Into the rarefied atmosphere of wealth and tradition comes the most unlikely of horses—a drab white former plow horse named Snowman—and his rider, Harry de Leyer. They were the longest of all longshots—and their win was the stuff of legend.

Harry de Leyer first saw the horse he would name Snowman on a bleak winter afternoon between the slats of a rickety truck bound for the slaughterhouse. He recognized the spark in the eye of the beaten-up horse and bought him for eighty dollars. On Harry’s modest farm on Long Island, the horse thrived. But the recent Dutch immigrant and his growing family needed money, and Harry was always on the lookout for the perfect thoroughbred to train for the show-jumping circuit—so he reluctantly sold Snowman to a farm a few miles down the road.

But Snowman had other ideas about what Harry needed. When he turned up back at Harry’s barn, dragging an old tire and a broken fence board, Harry knew that he had misjudged the horse. And so he set about teaching this shaggy, easygoing horse how to fly. One show at a time, against extraordinary odds and some of the most expensive thoroughbreds alive, the pair climbed to the very top of the sport of show jumping.

Here is the dramatic and inspiring rise to stardom of an unlikely duo, based on the insight and recollections of “the Flying Dutchman” himself. Their story captured the heart of Cold War–era America—a story of unstoppable hope, inconceivable dreams, and the chance to have it all. Elizabeth Letts’s message is simple: Never give up, even when the obstacles seem sky-high. There is something extraordinary in all of us.

A Letter from Author Elizabeth Letts

A writer is always on the lookout for a good story, but the first time I saw a striking old photograph, I didn’t realize that I had stumbled across a tale so extraordinary that it had the power to change lives.

The old black and white photo showed a horse and rider team in the midst of a crazy feat--jumping right over the back of another horse. What stopped me in my tracks was the expression on the jumping horse’s face. Even in the vintage picture I could see that the horse had absolute trust in the man who was asking him to make such a tricky leap. I wondered why.

Unable to forget the photograph, armed only with the rider’s name, I tracked down an address, not sure if I would find him there, or even if he was still alive. Just a few days after I mailed him a letter, my telephone rang and a voice on the other end said, “Hallo, this is Harry de Leyer.” The man in the photograph, now in his eighties, was on the phone. The first time we spoke, Harry told me a story that gave me butterflies in my stomach and made my palms sweat--that’s how badly I wanted to write about what he’d said to me and share it with the world.

Walter Farley, author of The Black Stallion, was once asked why horse stories were so popular. His answer was this: “When the books have been read and reread, it boils down to the horse, his human companion, and what goes on between them.” The story of Harry and Snowman, is at its essence, a love story. A man, a horse, and a lucky encounter on a bleak winter day that led to a second chance for both of them. Together, they shared a dream so big that only their combined courage and heart could get them to their destination.

That moment, when the pair of them stood under the spotlights of Madison Square Garden and listened to the thunder of the crowd, was simply unforgettable--the kind of triumph that ripples forward through time. I heard it coming across a crackling phone line, the first time Harry de Leyer told me about Snowman.

Read the book, and I’m sure you will hear it too. 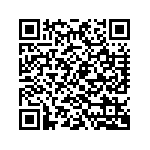