Google’s Android operating system is amazing in the breadth of what it can do, and the many ways it can be implemented on smartphones. That also means that there may be many powerful features that you haven’t yet discovered, and a bit of confusion as to why your phone doesn’t look like the phones you see in other people’s hands. That’s why The Complete Android Guide was created. It’s a comprehensive run-down of everything your phone can do, written from the perspective of the curious user. With screenshots, step-by-step instructions, and explanations of how everything fits together in plain English, new Android users will unlock their phone’s potential, and journeyman ‘droid fans will pick up some new tricks. As Android changes and updates, so does this guide. The Complete Android Guide is updated as soon as possible after new Android versions arrive on phones and tablets, and major variations are covered, like Motorola’s Motoblur and HTC’s Sense UI. When new, cool apps come out, we include them in the extended features. You’ve got a 21st century phone, and a how-to guide should at least try to keep up. 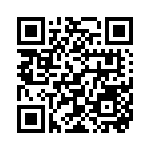