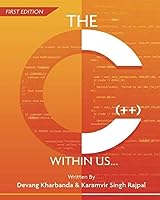 The book encapsulates all the thorough implications which the C and C(++) offers to any strata of developer, technocrat and any technical evangelist. The book uses a very lucid approach and real world examples forms rational synergy.

The book has been deciphered with universal class appeal by giving reminiscence of scientific application of various departments of Science, Technology, Engineering, Mathematics and Management. The book uses our invented mind mapping techniques which breaks the language barrier.

The book encompasses fundamental piece of technologies like QR code to direct the user towards a defined content stored somewhere. The book uses Design Language, typography and set of specific colour combinations.

The chapters have been designed and drafted in such a frame that the reader can begin from any chapter in the book. Needed topics like Data Structures, realisation of heterogeneous data structures like graphs, linked list, tree for advanced computation in the realms of Data Science, Artificial intelligence and Machine learning. Execution of homogeneous data structures like Arrays, vectors, lists have been well reciprocated by considering the real life applications of structure data and file handling.

Legends namely Dennis Ritchie, Bjarne Stroustrup and Linus Torvalds have left the everlasting legacy almost four decades back which has been the fundamental driving force behind the birth of this book.

About the Author: DEVANG KHARBANDA, a young and passionate enthusiast hailing from Chandigarh carries a set of good technical skills and a positive outlook. For realising neo landscape in academia. His inclination towards mathematics, physics and Computer Science at an early age has tailored himself to find a suitable space for correlating these subjects in a profound avenue.

He sets an example by stepping in with his work as a young entrepreneur and author. He carries an intent to serve the society with his technical knowledge. He is further planning to come up with more books in the likes of Python, Data Science and software testing. He is also working closely with an innovative IT start-up skew of projects which include System Programming, automation and other Industry 4.0 programs.

In his early days he had attained the global academic exposure in countries like United States. His gratified achievements include a short and brief visit to NASA.

KARAMVIR SINGH RAJPAL - He is Entrepreneur of his 1st Cofounded Startup Neonex Technology. He is a M.Tech in Computer Science & Engineering. He has several Intellectual Properties under his belt and has received several laurels for his innovative start-ups and inventions. His innovations and enterprises span a vast spectrum, ranging from edutech, telecommunications, IoT, safety, and therapeutics. He is also the co-founder of other 2 startups IPRA Strategists & Eleveray Foundation. He has been an Advisor to other startups like Veloice and several educational institutes; He has been a frequent visitor as Guest Lecturer for FDP at NITTTR Chandigarh, IIT Kharagpur, GCET Kharagpur. He is also a mentor at Startup Punjab. His recent research has PLX which is India’s 1st Innovative Portable Computer, JauntBee. His motto is completely to build the self-reliant EdTech ecosystem with his learning and never giving up experience. 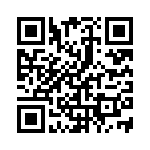