In 2007, David Beckham, the golden boy of soccer, shocked the international sports world when he signed a five-year contract with an American team, the Los Angeles Galaxy. Under the direction of his manager, Simon Fuller, the mastermind behind American Idol and the Spice Girls, Beckham was ready for a monumental challenge and a risky adventure–ready, as Fuller put it, to earn his stripes Stateside. Could he pull off what no player had ever accomplished (including Pelé in the 1970s) and transform soccer into one of the most popular spectator sports in America? It was a bold experiment: failure meant a team, a league, a sport, and Beckham himself might miss their chance to hit primetime in the U.S.

With unprecedented access to the Galaxy and one-on-one interviews with Beckham, veteran Sports Illustrated writer Grant Wahl focuses on the inner circle of the experiment: Beckham, Galaxy leading scorer Landon Donovan, Simon Fuller, controversial former coach Ruud Gullit, outspoken former Galaxy president Alexi Lalas, and Mrs. Victoria “Posh Spice” Beckham. Wahl takes readers behind the scenes, on the road with the team and inside the locker room, to reveal just what happened on and off the field when the most renowned player in the world left the glamour of European soccer to play in a country that has yet to fully embrace the sport. We find out what his teammates really think of their superstar captain, who was calling the shots behind the scenes, how Beckham’s management conducted a shadow takeover of the Galaxy organization, and if the team plans to embrace him–or not–when he returns from AC Milan for the 2009 season.

The Beckham Experiment is a no-holds-barred account of ego clashes and epic winless streaks, rivalries and resentments, big gambles and great expectations, cultural and class collisions, and ultimately the volatile mix of celebrity and professional sports. As Beckham embarks on his third season with the Galaxy, the question remains: even for a player the caliber of David Beckham, are some goals out of reach? 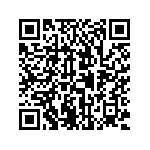 How to Download? Report Dead Links & Get a Copy
Online Preview Reviews 37 Get Print Book