Technology is rapidly moving into our bodies,” writes cyber expert Keenan, and this book gives a chilling look ahead into where that road may lead us  on a one way trip to the total surrender of privacy and the commoditization of intimacy.” Here is the definitive dissection of privacy-eroding and life-invading technologies, coming at you from governments, corporations, and the person next door.

Take, for example, Girls Around Me”: a Russian-made iPhone App that allowed anyone to scan the immediate vicinity for girls and women who checked in on Foursquare and had poorly secured Facebook profiles. It combined this information in a way never intended by the original poster. Going to a Disney theme park? Your creepy new MagicBand” will alert Minnie Mouse that you’re on the way and she’ll know your kid’s name when you approach her. Thinking about sending your DNA off to Ancestry.com for some genetic genealogy”? Perhaps you should think again: your genetic information could be used against you.

With security scares like the Heartbleed bug (which compromised even supposedly safe internet behemoths like Google and Yahoo!) becoming more commonplace, this book is a must-read for anybody who values their privacy in a wired world. 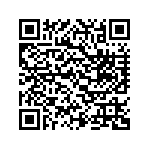