On a sweltering day in July, 1878 the men of the 42nd Royal Highlanders -- the Black Watch -- waded ashore at Larnaca Bay to begin the British occupation of Cyprus. Today, Britons on sunbeds colonize the same stretch of sand, the latest visitors to an island which has long held a special place in the English imagination -- and a controversial role in British imperial ambitions.

Drawing on largely unpublished material, Tabitha Morgan reflects on why successive administrations failed, so catastrophically, to engage with their Cypriot subjects, and how social segregation, confusion about Cypriot identity and the poor caliber of so many administrators all contributed to the bloody conflict that led, finally, to Cypriot independence in 1960. Sweet and Bitter Island explores for the first time the unique bond between Britain and Cyprus and the complex, sometimes tense, relationship between the two nations which endures to the present day. Extensively researched and lyrically written, this is the definitive portrait of British colonial life on the Mediterranean island. 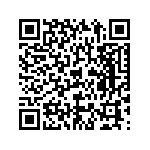