Based on more than forty interviews with Jobs conducted over two years—as well as interviews with more than a hundred family members, friends, adversaries, competitors, and colleagues—Walter Isaacson has written a riveting story of the roller-coaster life and searingly intense personality of a creative entrepreneur whose passion for perfection and ferocious drive revolutionized six industries: personal computers, animated movies, music, phones, tablet computing, and digital publishing.

At a time when America is seeking ways to sustain its innovative edge, and when societies around the world are trying to build digital-age economies, Jobs stands as the ultimate icon of inventiveness and applied imagination. He knew that the best way to create value in the twenty-first century was to connect creativity with technology. He built a company where leaps of the imagination were combined with remarkable feats of engineering.

Although Jobs cooperated with this book, he asked for no control over what was written nor even the right to read it before it was published. He put nothing off-limits. He encouraged the people he knew to speak honestly. And Jobs speaks candidly, sometimes brutally so, about the people he worked with and competed against. His friends, foes, and colleagues provide an unvarnished view of the passions, perfectionism, obsessions, artistry, devilry, and compulsion for control that shaped his approach to business and the innovative products that resulted.

Driven by demons, Jobs could drive those around him to fury and despair. But his personality and products were interrelated, just as Apple’s hardware and software tended to be, as if part of an integrated system. His tale is instructive and cautionary, filled with lessons about innovation, character, leadership, and values.

Chapter 1. Childhood: Abandoned and Chosen
Chapter 2. Odd Couple: The Two Steves
Chapter 3. The Dropout: Turn On, Tune In
Chapter 4. Atari and India: Zen and the Art of Game Design
Chapter 5. The Apple I: Turn On, Boot Up, Jack In
Chapter 6. The Apple II: Dawn of a New Age
Chapter 7. Chrisann and Lisa: He Who Is Abandoned
Chapter 8. Xerox and Lisa: Graphical User Interfaces
Chapter 9. Going Public: A Man of Wealth and Fame
Chapter 10. The Mac Is Born: You Say You Want a Revolution
Chapter 11. The Reality Distortion Field: Playing by His Own Set of Rules
Chapter 12. The Design: Real Artists Simplify
Chapter 13. Building the Mac: The Journey Is the Reward
Chapter 14. Enter Sculley: The Pepsi Challenge
Chapter 15. The Launch: A Dent in the Universe
Chapter 16. Gates and Jobs: When Orbits Intersect
Chapter 17. Icarus: What Goes Up
Chapter 18. NeXT: Prometheus Unbound
Chapter 19. Pixar: Technology Meets Art
Chapter 20. A Regular Guy: Love Is Just a Four-Letter Word
Chapter 21. Family Man: At Home with the Jobs Clan
Chapter 22. Toy Story: Buzz and Woody to the Rescue
Chapter 23. The Second Coming: What Rough Beast, Its Hour Come Round at Last
Chapter 24. The Restoration: The Loser Now Will Be Later to Win
Chapter 25. Think Different: Jobs as iCEO
Chapter 26. Design Principles: The Studio of Jobs and Ive
Chapter 27. The iMac: Hello (Again)
Chapter 28. CEO: Still Crazy after All These Years
Chapter 29. Apple Stores: Genius Bars and Siena Sandstone
Chapter 30. The Digital Hub: From iTunes to the iPod
Chapter 31. The iTunes Store: I’m the Pied Piper
Chapter 32. Music Man: The Sound Track of His Life
Chapter 33. Pixar’s Friends: and Foes
Chapter 34. Twenty-first-century Macs: Setting Apple Apart
Chapter 35. Round One: Memento Mori
Chapter 36. The iPhone: Three Revolutionary Products in One
Chapter 37. Round Two: The Cancer Recurs
Chapter 38. The iPad: Into the Post-PC Era
Chapter 39. New Battles: And Echoes of Old Ones
Chapter 40. To Infinity: The Cloud, the Spaceship, and Beyond
Chapter 41. Round Three: The Twilight Struggle 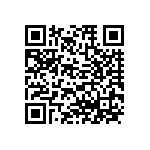