Steve Jobs represents a whole range of values and ideas in pluralistic American culture. He was a barefoot hippy capitalist who did more to change our everyday lives than anyone since Thomas Edison. Coming from modest means and education, he revolutionized several key industries and became fantastically wealthy.

In Steve Jobs and Philosophy 16 philosophers examine the inspiring yet often baffling world of Steve Jobs. What can we learn about business ethics from his example? What are the major virtues of a creative innovator? How could Jobs defy conventional business practices? How did he combine values and attitudes previously believed to be unmixable? What does it really mean to think different”? Can entrepreneurs be made or are they just born? If Jobs didn’t make any major inventions, what was his contribution? What does Jobs teach us about the notions of simplicity and functionality in design? How do Jobs’s achievements alter the way we think about technology in relation to human life?

Steve Jobs and Philosophy covers vital issues in ethics, business, aesthetics, and technology. It includes a fascinating appendix listing all the philosophers mentioned in the book, along with explanations of their lives and key themes in their thoughts.

Chapter 1 The Reality Distortion Field Of Steve Jobs
Chapter 2 Counter-Culture Capitalist
Chapter 3 The Anti-Social Creator
Chapter 4 What Pixar Taught Millennials About Personhood
Chapter 5 How Can We Make Entrepreneurs?
Chapter 6 The Visionary Entrepreneur
Chapter 7 But Steve Jobs Didn’T Invent Anything!
Chapter 8 What Does Market Success Show?
Chapter 9 Marley And Steve
Chapter 10 The Noble Truths Of Steve Jobs
Chapter 11 Two Sides Of Think Different
Chapter 12 The Moral Perfectionist
Chapter 13 Does Apple Know Right From Wrong?
Chapter 14 Close Your Eyes, Hold Your Breath, Jump In
Chapter 15 Did Steve Jobs Live And Work For You?
Chapter 16 Jobs And Heidegger Square Off On Technology
Chapter 17 Simplicity Is The Ultimate Sophistication 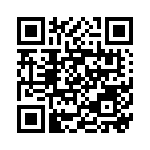