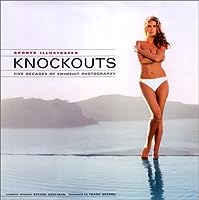 Sports Illustrated Knockouts: Five Decades of Swimsuit Photography celebrates the art of that uniquely American institution, the Sports Illustrated annual swimsuit issue.Beginning with the inaugural issue on January 24, 1964, which featured model Babette March in a modest four-page spread, Knockouts goes on to document the evolution of the swimsuit issue through five decades of models who, largely by virtue of their appearances here, became celebrities, including Elle Macpherson, Cheryl Tiegs, Tyra Banks, and Kathy Ireland.Besides assembling a selection of the best photographs in book form for the first time, Knockouts offers an ample selection of outtakes and other previously unpublished photos, various quotes from models, photographers, art directors, and commentaries on the logistics and technical aspects of the shoots and the exotic ports of call in which they were staged. How to Download? Report Dead Links & Get a Copy
Online Preview Reviews 18 Get Print Book