“I have a bomb here and I would like you to sit by me.”

That was the note handed to a stewardess by a mild-mannered passenger on a Northwest Orient flight in 1971. It was the start of one of the most astonishing whodunits in the history of American true crime: how one man extorted $200,000 from an airline, then parachuted into the wilds of the Pacific Northwest and into oblivion. D. B. Cooper’s case has become the stuff of legend and obsessed and cursed his pursuers with everything from bankruptcy to suicidal despair. Now with Skyjack, journalist Geoffrey Gray delves into this unsolved mystery uncovering new leads in the infamous case.

Starting with a tip from a private investigator into a promising suspect (a Cooper lookalike, Northwest employee, and trained paratrooper), Gray is propelled into the murky depths of a decades-old mystery, conducting new interviews and obtaining a first-ever look at Cooper’s FBI file. Beginning with a heartstopping and unprecedented recreation of the crime itself, from cabin to cockpit to tower, and uncanny portraits of characters who either chased Cooper or might have committed the crime, including Ralph Himmelsbach, the most dogged of FBI agents, who watched with horror as a criminal became a counter-culture folk hero who supposedly shafted the system…Karl Fleming, a respected reporter whose career was destroyed by a Cooper scoop that was a scam…and Barbara (nee Bobby) Dayton, a transgendered pilot who insisted she was Cooper herself.

With explosive new information and exclusive access to FBI files and forensic evidence, Skyjack reopens one of the great cold cases of the 20th century.Guest Reviewer: Benjamin Wallace on Skyjack by Geoffrey Gray

Benjamin Wallace is a contributing editor at New York Magazine and the author of The Billionaire's Vinegar: The Mystery of the World's Most Expensive Bottle of Wine.

It seems like all the good mysteries are gone. We know who Deep Throat was. We know where Thomas Pynchon lives. The missing 18 minutes on the Nixon tapes have proved unrecoverable. But then, winking at us like one last taunting fossil from the violent, paranoid 1970s, there’s the baffling case of D.B. Cooper.

On November 24, 1971, a man calling himself Dan Cooper hijacked a Boeing 727, demanded $200,000 and parachutes, and jumped out over the Pacific Northwest. At a time when the country was beset by war, assassinations, riots, a faltering economy, and the Nixon presidency, Cooper was heralded as a Robin Hood of the sky. Enormous investigative resources were marshaled. Ballads were written. Cooper was never heard from again.

Forty years later, Geoffrey Gray dives chute-less into the swirling abyss of Cooper mania and lands with a true non-fiction novel, with characters too eccentric to be invented and a hurtling pace rarely found in the world of fact. The writing is stylish. The reporting is unstoppable. Gray is sympathetic and funny and saucer-eyed--even, at times, unhinged. He wants to solve the unsolvable, and remarkably, for a famous cold case, his spadework turns up fresh material.

As much as Skyjack is about D.B. Cooper, it is also a searing group portrait of those who even today find meaning in his mystery, a travelogue through a tumultuous era in American history, and a study of the paranoid style in American obsession. Most indelibly, it is an exploration of the mystery within the mystery, the puzzle of why these unfilled blank spots in our past have such a haunting grip on our imaginations. 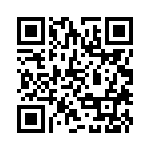 How to Download? Report Dead Links & Get a Copy
Online Preview Reviews 109 Get Print Book