This is the first serious biography of Saladin in over 20 years and the first ever by a non Western scholar.

This is the first major biography of Saladin, arguably the greatest figure in Islamic history, for 20 years. As famous today as he was when he drove the Crusaders out of Jerusalem, the real Saladin has dissolved into legend with each retelling of his story. This book seeks to redress the balance.

Chapter 1 The Weakening of the Abbasid Caliph and the Sunni Revival
Chapter 2 The Turning of the Tide
Chapter 3 The Young Saladin
Chapter 4 The Battie for Egypt
Chapter 5 The Unlikely Vizier
Chapter 6 Master of Egypt
Chapter 7 The Prize of Syria
Chapter 8 The Meddlesome Priest: Saladin and al-Khabushani
Chapter 9 Saladin and the Leper King
Chapter 10 Sailing Close to Disaster: Saladin's Illness at Harran
Chapter 11 Victory at Hattin
Chapter 12 The Return of Jerusalem
Chapter 13 The Arrival of Richard
Chapter 14 A Bitter Siege of Attrition: Saladin, Richard
Chapter 15 Death in Damascus: Saladin's Last Days 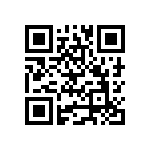