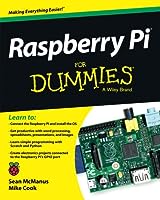 With the invention of the unique credit-card sized single-board computer, the Raspberry Pi, comes a new wave of hardware geeks, hackers, and hobbyists who are excited about the possibilities of the Raspberry Pi, and this is the perfect guide to get you started in this exhilarating new arena. With this fun and friendly book, you'll quickly discover why the supply for the Pi cannot keep up with the demand! Veteran tech authors Sean McManus and Mike Cook show you how to download and install the operating system, use the installed applications, and much more.

Raspberry Pi For Dummies makes computing as easy as pie.

The Raspberry Pi sold a million units in its first year, and came from a previously unknown organisation, The Raspberry Pi Foundation. If you’ve ever wondered how it came into being, and what inspired its creation, Sean McManus, co-author of Raspberry Pi For Dummies, has the answer. He has set up a section on his website to share bonus content, which includes a short history of the Raspberry Pi. At Sean’s website, you can also read reviews of the book, see videos of its projects, and read several exclusive blog posts about the Raspberry Pi and its community.

Q & A with Sean McManus, author of Raspberry Pi for Dummies

What was your first thought when you heard about the Raspberry Pi?

I felt a sense of wonder. Firstly, that the Raspberry Pi Foundation had managed to create such a powerful machine for such a cheap price. And secondly, wonder at the fantastic opportunities that it opens up for families, electronics hobbyists, and those who want to learn about technology.

Why do you think Raspberry Pi has become so popular so fast?

A lot of people have been waiting for exactly this kind of technology: something that makes programming and electronics accessible and affordable. A community has built up around the Raspberry Pi that inspires newcomers to want to get involved and learn about what they can do with the device.

The price is a big factor, too. It means that once you've thought of something you can do with the Raspberry Pi, it's a no-brainer to buy one. Some people want to build robots with it; some want to learn programming; some just want a high-definition media centre for playing their videos and music. It's incredibly versatile.

What makes the Raspberry Pi a great tool for getting younger people interested in programming?

The Raspberry Pi comes with the Python and Scratch programming languages in the recommended software version. Scratch is highly visual and is increasingly used in schools to teach younger children. It's well suited to making simple games and animations, but encapsulates a lot of the ideas that underpin most programming languages.

After that, young people can graduate to Python, which is more text-based. It is designed to make it easy to read program code, and it's widely used in the real world outside of education by companies including YouTube, Google, and Industrial Light & Magic.

The Raspberry Pi also makes it easy to use your programs to control your own electronic circuits, which is a lot of fun for people of all ages.

What is your favorite Raspberry Pi project?

There are so many out there in the community, that it's hard to choose. I think the one-button audiobook player Michael Clemens made for his wife's grandmother is my favourite, though. She is visually impaired and finds other audio players hard to use, so Michael made one that has just a single button to play and pause. She can hold down the button to go back one track. This is an example of the Raspberry Pi really improving the quality of someone's life. I love listening to audiobooks, so I can imagine how much this means to her.

Any advice for someone who just bought a Raspberry Pi and is ready to get started using it?

The Raspberry Pi comes as just a small circuit board and you have to connect your own keyboard, mouse and monitor. People sometimes experience problems because the keyboard and mouse they use aren't compatible with the Raspberry Pi, so it's worth doing a bit of online research to check compatibility before buying a new keyboard or mouse. I recommend keeping a stack of SD cards (clearly labeled!) so you can try out different versions of the operating system software, and keep one for Raspbmc, the media centre software.

Learn how to discover and install new software, too. There's a huge amount of free software you can install on your Raspberry Pi, and you can really personalize it by finding exactly the right software for your needs.

What's something you can do with a Raspberry Pi that might surprise people?

Most people know you can use the Raspberry Pi for programming, electronics, or as a media centre. So ironically, the most surprising thing is perhaps the most ordinary. You can also use it for creating documents and spreadsheets, doing basic photo editing, and browsing the Internet. The Raspberry Pi is not as fast as a modern PC, but it is still a great machine for younger family members to use for creative projects and homework.

Appendix A: Troubleshooting and Configuring the Raspberry Pi 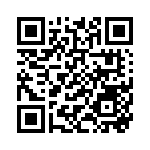 How to Download? Report Dead Links & Get a Copy
Online Preview Reviews 62 Get Print Book