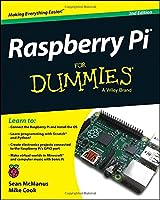 Raspberry Pi For Dummies, 2nd Edition is acomprehensive guide to this exciting technology, fully updated toalign with the Rev 3 board. Veteran technology authors provideexpert insight and guidance that get you up and running fast,allowing you to explore the full capabilities of your Raspberry Pi.The clear, concise style makes this guide easy to follow forcomplete beginners, providing step-by-step instruction throughoutthe setup process and into systems administration and programming.Updated information includes coverage of Noobs, PiStore and makingmusic with SonicPi, in addition to basic Raspberry Pi operationsand features.

Raspberry Pi For Dummies, 2nd Edition teachesyou everything you need to know to get the most out of your device.Even if you've never ventured beyond e-mail and web browsers, thisguide will give you the skills and confidence you need to takeadvantage of everything the Raspberry Pi has to offer. * Find out how to install the operating system and connect toother devices * Install, use and remove software like a pro * Learn basic Linux systems administration * Program with Scratch, Python and Minecraft on your RaspberryPi

The Raspberry Pi has awakened a whole new generation of hardwaregeeks, hackers and hobbyists, and now it's your turn to join theirranks. Learning how to fully use your new technology is the firststep, and Raspberry Pi For Dummies, 2nd Editionis the ideal companion guide. 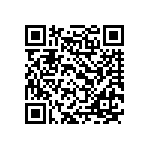 How to Download? Report Dead Links & Get a Copy
Online Preview Reviews 16 Get Print Book