Python for Absolute Beginners Everything You Need to Program in Python:
Learn Python programming from scratch with hands-on exercises in this beginner friendly Python book!

Python is an easy to learn programming language with a wide variety of well-paying jobs in many fields, including data science, web development, and network programming. There couldn’t be a better time for you to join the world of Python!
We will cover each of these topics step by step, building your skills at just the right pace, and by the end of the book you will have a strong understanding of Python programming and you’ll be ready to create Python scripts on your own.

Who this book is for:
People interested in programming who have no prior programming experience
Newer Python programmers who need a refresher on Python
Students taking a Python class in school who want a supplementary learning resource
Programming hobbyists
Anyone else who is interested in learning Python 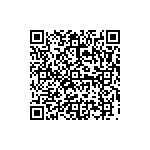