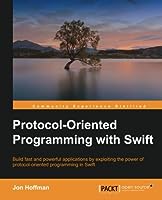 At the heart of Swift's design is an incredibly powerful idea: protocol-oriented programming. Its many benefits include better code maintainability, increased developer productivity and superior application performance. The book will teach the reader how to apply the ideas behind the protocol oriented programing paradigm to improve the code they write.

This book will introduce the readers to the world of protocol-oriented programming in Swift and will demonstrate the ideas behind this new programming paradigm with real world examples. In addition to learning the concepts of Protocol Oriented programming, it also shows the reader how to reduce the complexity of their codebase using protocol extensions. Beginning with how to create simple protocols, readers will learn how to extend protocols and also to assign behaviors to them.

By the end of this book readers will be able to harness the power of protocol-oriented programming to build real world applications.

Jon has been developing extensively for the iOS platform since 2008. This includes several apps that he has published in the app store―apps that he wrote for third parties and numerous enterprise applications.

What really drives Jon is the challenges in the Information Technology field and there is nothing more exhilarating to him than overcoming a challenge. Some of Jon's other interests are watching baseball (go Sox) and basketball (go Celtics). Jon also really enjoys tae kwon do where he and his oldest daughter Kailey earned their black belts together early in 2014. Kim (his wife) earned her black belt in December 2014 and his youngest daughter is currently working towards her black belt. 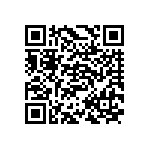