This is the first systematic exploration of the intriguing connections between Victorian physical sciences and the study of the controversial phenomena broadly classified as psychic, occult and paranormal. These phenomena included animal magnetism, spirit-rapping, telekinesis and telepathy. Richard Noakes shows that psychic phenomena interested far more Victorian scientists than we have previously assumed, challenging the view of these scientists as individuals clinging rigidly to a materialistic worldview. Physicists, chemists and other physical scientists studied psychic phenomena for a host of scientific, philosophical, religious and emotional reasons, and many saw such investigations as exciting new extensions to their theoretical and experimental researches. While these attempted extensions were largely unsuccessful, they laid the foundations of modern day explorations of the connections between physics and psychic phenomena. This revelatory study challenges our view of the history of physics, and deepens our understanding of the relationships between science and the occult, and science and religion. 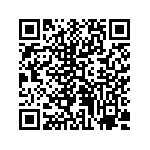