“When I look at my bookshelf, I see eleven books on Perl programming. Perl by Example, Third Edition, isn’t on the shelf; it sits on my desk, where I use it almost daily. I still think it is the best Perl book on the market for anyone—beginner or seasoned programmer—who uses Perl daily.”

Quigley illuminates every technique with focused, classroom-tested code examples. For each example, she shows you code, input, and output, and provides detailed, line-by-line explanations of how the code generates that output. And her coverage is comprehensive, from basic syntax to regular expression handling, files, references, objects, working with databases, and much more…plus appendices that contain a complete list of functions and definitions, command-line switches, special variables, and popular modules.

New in This Edition

More than 50,000 sysadmins, power users, and developers have used this book’s previous editions to become expert Perl programmers, and you can, too–even if you’re completely new to Perl. Then, once you’re an expert, you’ll routinely return to this practical guide as the best source for reliable answers, solutions, and code. A more focused, quicker read than ever, this clear and practical guide will take you from your first Perl script to advanced applications. It’s the only Perl text you’ll need.

Ellie Quigley has taught scripting in Silicon Valley for more than twenty-five years. Her Perl and shell programming classes at the University of California, Santa Cruz Extension are part of Silicon Valley lore. Her other best-selling Prentice Hall books include UNIX® Shells by Example, Fourth Edition; PHP and MySQL by Example (with Marko Gargenta); and JavaScript by Example. A major player in developing UCSC’s Silicon Valley Extension program, she has created and customized courses for pioneering firms, including Xilinx, NetApp, Yahoo, and Juniper.

Chapter 1 The Practical Extraction and Report Language
Chapter 2 Perl Quick Start
Chapter 3 Perl Scripts
Chapter 4 Getting a Handle on Printing
Chapter 5 What’s In a Name?
Chapter 6 Where’s the Operator?
Chapter 7 If Only, Unconditionally, Forever
Chapter 8 Regular Expressions—Pattern Matching
Chapter 9 Getting Control—Regular Expression Metacharacters
Chapter 10 Getting a Handle on Files
Chapter 11 How Do Subroutines Function?
Chapter 12 Does This Job Require a Reference?
Chapter 13 Modularize It, Package It, and Send It to the Library!
Chapter 14 Bless Those Things! (Object-Oriented Perl)
Chapter 15 Perl Connects with MySQL
Chapter 16 Interfacing with the System 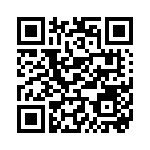