From the Fairlight CMI through MIDI to the digital audio workstations at the turn of the millennium, Modern Records, Maverick Methods examines a critical period in commercial popular music record production: the transformative digital age from the late 1970s until 2000.

Drawing on a discography of more than 300 recordings across pop, rock, hip hop, dance and alternative musics from artists such as the Beastie Boys, Madonna, U2 and Fatboy Slim, and extensive and exclusive ethnographic work with many world-renowned recordists, Modern Records presents a fresh and insightful new perspective on one of the most significant eras in commercial music record production.

The book traces the development of significant music technologies through the 1980s and 1990s, revealing how changing attitudes and innovative techniques of recording personnel reimagined recording processes and, finally, exemplifies the impact of these technologies and techniques via six comprehensive tech-processual analyses. This meticulously researched and timely book reveals the complexity of recordists' responses to a technological landscape in flux. 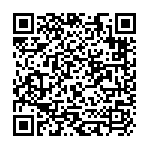