Discover a variety of data-mining algorithms that are useful for selecting small sets of important features from among unwieldy masses of candidates, or extracting useful features from measured variables.

As a serious data miner you will often be faced with thousands of candidate features for your prediction or classification application, with most of the features being of little or no value. You’ll know that many of these features may be useful only in combination with certain other features while being practically worthless alone or in combination with most others. Some features may have enormous predictive power, but only within a small, specialized area of the feature space. The problems that plague modern data miners are endless. This book helps you solve this problem by presenting modern feature selection techniques and the code to implement them. Some of these techniques are:

All algorithms are intuitively justified and supported by the relevant equations and explanatory material. The author also presents and explains complete, highly commented source code.

The example code is in C++ and CUDA C but Python or other code can be substituted; the algorithm is important, not the code that's used to write it.

Improve traditional stepwise selection in three ways: examine a collection of 'best-so-far' feature sets; test candidate features for inclusion with cross validation to automatically and effectively limit model complexity; and at each step estimate the probability that our results so far could be just the product of random good luck. We also estimate the probability that the improvement obtained by adding a new variable could have been just good luck. Take a potentially valuable nominal variable (a category or class membership) that is unsuitable for input to a prediction model, and assign to each category a sensible numeric value that can be used as a model input.

Intermediate to advanced data science programmers and analysts. C++ and CUDA C experience is highly recommended.  However, this book can be used as a framework using other languages such as Python. 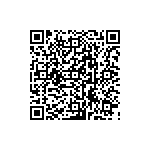