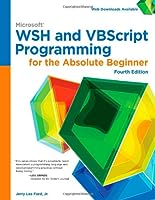 VBScript is a programming language that is simple enough for beginners and makes learning fundamental programming concepts easy. But as you'll learn in this updated fourth edition of MICROSOFT WSH AND VBSCRIPT PROGRAMMING FOR THE ABSOLUTE BEGINNER, VBScript is also a powerful scripting language through which you can learn even the most advanced programming concepts. No complex programming environment is required: You can create VBScripts using a simple text editor such as Windows Notepad, and VBScripts can be run on WSH (Windows Script Host) and several other environments. If you are new to programming with Microsoft WSH and VBScript and are looking for a solid introduction, this is the book for you. This revised fourth edition covers WSH 5.7 and VBScript 5.7. Get started programming today, with MICROSOFT WSH AND VBSCRIPT PROGRAMMING FOR THE ABSOLUTE BEGINNER, FOURTH EDITION. 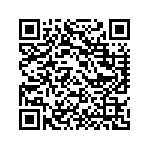