Now considered a classic text on the topic, Measure and Integral: An Introduction to Real Analysis provides an introduction to real analysis by first developing the theory of measure and integration in the simple setting of Euclidean space, and then presenting a more general treatment based on abstract notions characterized by axioms and with less geometric content.

This widely used and highly respected text for upper-division undergraduate and first-year graduate students of mathematics, statistics, probability, or engineering is revised for a new generation of students and instructors. The book also serves as a handy reference for professional mathematicians. 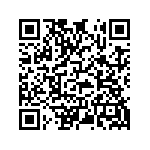