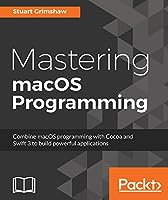 macOS continues to lead the way in desktop operating systems, with its tight integration across the Apple ecosystem of platforms and devices. With this book, you will get an in-depth knowledge of working on macOS, enabling you to unleash the full potential of the latest version using Swift 3 to build applications.

This book will help you broaden your horizons by taking your programming skills to next level. The initial chapters will show you all about the environment that surrounds a developer at the start of a project. It introduces you to the new features that Swift 3 and Xcode 8 offers and also covers the common design patterns that you need to know for planning anything more than trivial projects. You will then learn the advanced Swift programming concepts, including memory management, generics, protocol orientated and functional programming and with this knowledge you will be able to tackle the next several chapters that deal with Apple's own Cocoa frameworks. It also covers AppKit, Foundation, and Core Data in detail which is a part of the Cocoa umbrella framework. The rest of the book will cover the challenges posed by asynchronous programming, error handling, debugging, and many other areas that are an indispensable part of producing software in a professional environment.

By the end of this book, you will be well acquainted with Swift, Cocoa, and AppKit, as well as a plethora of other essential tools, and you will be ready to tackle much more complex and advanced software projects.

Stuart Grimshaw has programmed for Apple computers since the days before OS X and has been involved with developing for the Apple Watch since its release. Born in the UK and having lived in Germany and the Netherlands, he is currently a freelance iOS/tvOS/macOS developer in Auckland, New Zealand, where he works on some of Australia-New Zealand's largest video and TV delivery apps and leads the research and development of both watchOS and tvOS applications. He is passionate about the potential of the Apple Watch and Apple TV, as well as Apple's Swift programming language, and is a keen proponent of beach coding. 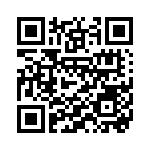