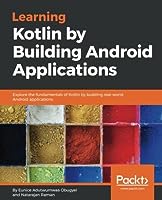 Google has extended support to the widely adopted, and powerful, Kotlin programming language. It works in parallel with Java and C++, which makes it easier (even for existing developers) to learn a new language for their most favored platform.

This book adopts a project-style approach, where we focus on teaching Android development by building three different Android Applications.

The book begins by giving you a strong grasp of the Kotlin language and its APIs as a preliminary to building stunning applications for Android. You'll learn to set up an environment as the difficulty level grows steadily, in line with applications covered in later chapters.

The book also introduces you to the Android Studio IDE, which plays an integral role in Kotlin Android Development. It covers Kotlin's basic programming concepts such as functions, lambdas, properties, object-oriented code, safety aspects and type parameterization, testing, and concurrency, and helps you write Kotlin code to production.

Finally, you'll be taken through the process of releasing your app on the Google Play Store. You will also be introduced to other app distribution channels such as Amazon and App Store.

As a bonus chapter you will also learn how to use the Google Faces API to detect faces and add fun functionalities.

If you are completely new to Kotlin or the Android platform and need to publish Android applications for fun or for business purposes, but you have no clue where to start, then this book is for you. This book is also for advanced Android developers who want to learn to use Kotlin instead of/alongside Java for Android development.

Eunice Adutwumwaa Obugyei is an author on Raywenderlich. Eunice is a software engineer at DreamOval, currently focusing on Mobile development.

Natarajan Raman has close to 15 years' of experience in software design and development. He is a Google certified Nano degree holder on Android development and was invited as a guest by Google for the I/O 2017. His Android App Idea for special children got selected as one of the top SIX ideas out of 80 odd ideas and was also featured by Google on Code it possible program. He works for Patterns and is also the managing trustee of Dream India. 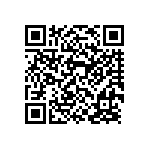