Python is a high level programming language. It is more popular now because of its simplicity and code readability. It has fewer code when compared to Java and C++. Python works on different platforms like Windows, Mac, Linux, Solaris, Raspberry Pi, etc.

Its simple syntax allows programmers to write complex programs in fewer lines of code. Python lets the programmers to work quickly and integrate systems more efficiently. It is used in many organizations as it supports multiple programming paradigms. It also performs automatic memory management. Python can be treated in a procedural way, an object-orientated way or a functional way.

Many top companies such as Google, Facebook, Mozilla, Quora, etc. use Python Web Framework. The reason for the rapid growth of Python is its use in Data Science.

Python is used for the development of following applications:

This book guides you to learn Python Programming through simple programs and their output. The table of contents of this book is given below : 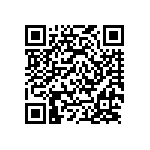