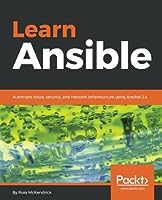 Learn Ansible - Fundamentals of Ansible 2.x: Leveraging the power of Ansible for automating cloud, security, network and other infrastructures at scale

Ansible has grown from a small, open source orchestration tool to a full-blown orchestration and configuration management tool owned by Red Hat. Its powerful core modules cover a wide range of infrastructures, including on-premises systems and public clouds, operating systems, devices, and services―meaning it can be used to manage pretty much your entire end-to-end environment. Trends and surveys say that Ansible is the first choice of tool among system administrators as it is so easy to use.

This end-to-end, practical guide will take you on a learning curve from beginner to pro. You'll start by installing and configuring the Ansible to perform various automation tasks. Then, we'll dive deep into the various facets of infrastructure, such as cloud, compute and network infrastructure along with security.

By the end of this book, you'll have an end-to-end understanding of Ansible and how you can apply it to your own environments.

Learn Ansible is perfect for system administrators and developers who want to take their current workflows and transform them into repeatable playbooks using Ansible. No prior knowledge of Ansible is required. 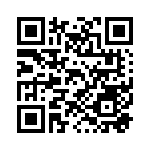