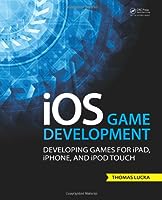 To create successful games for the iPhone family of mobile devices, developers need to know how touch-input, real-time graphics, and sound come together in the iOS environment. iOS Game Development: Developing Games for iPad, iPhone, and iPod Touch takes you from the basics of app coding to releasing and marketing your game on the App Store. The book offers a wealth of previously unpublished information about the iOS platform.

The text focuses on the concrete requirements of game developers, presenting in-depth details on each step in the mobile game development process. It explains the use of OpenGL ES for 2D/3D graphics and OpenAL for sound, both of which are recommended for game performance on the iOS platform. It also covers new APIs such as the GLKit, GameKit, and Box2D Physics Engine.

To better understand the explanations, the author encourages you to access more than 30 iOS example apps from his website. Each app represents a small piece of the complex field of game development in a straightforward manner. The apps can be run on any device in the iPhone family and have been extensively tested with various iOS versions.

Suitable for both newcomers and more advanced developers, this color book helps you get started with iOS game development. By following the book’s clear descriptions and example programs, you will understand how to implement the fundamentals in smaller game projects and be able to create your first game for the App Store.

Chapter 1: Introduction Let There Be Games!
Chapter 2: The Basics—How Does It All Work?
Chapter 3: Game Development From 0 to 60 in No Time Flat
Chapter 4: Making Connections: Multiplayer Games with Game Kit and Game Center
Chapter 5: OpenGL ES: Turbocharged!
Chapter 6: The Third Dimension 3D Games
Chapter 7: On the Trail of Angry Birds—Physics Engine Box2D
Chapter 8: The GLKit Framework—OpenGL ES Made Easy
Chapter 9: Complete Control: Game Sounds with OpenAL
Chapter 10: Waiting to Be a Millionaire