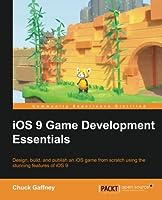 Design, build, and publish an iOS game from scratch using the stunning features of iOS 9

This book is intended for game developers who wish to develop 2D and 3D games for iPhone and iPad. If you are a developer from another platform, or game engine such as Android or Unity, a current iOS developer wishing to learn more about Swift and the latest features of iOS 9, or even if you are new to game development, then this book is for you. Some prior programming knowledge is recommended, but not required.

Game development has always been a combination of programming and art, and mobile game development is no exception to this rule. The iOS platform has been both a staple in the ever-growing mobile game market, as well as a launching point for many game developers (hobby and career-wise). The features and frameworks available in iOS 9 continue to cater to the synergy of design and computer engineering, using tools that allow developers to take a game idea from concept to application in record time.

Whether you are new to iOS and game development as a whole, or are an experienced programmer wanting to learn the latest features of the platform, iOS 9 Game Development Essentials will provide you with crucial insight into this widely used platform.

Starting with the Swift programming language, this book gets the ball rolling with code concepts and game-centric code samples right from the get-go, giving you get a solid understanding of Apple's cutting-edge programming language. The book takes you through iOS game development concepts and introduces the various frameworks that allow you to develop robust, reusable, and intelligent game components in both 2D and 3D game environments.

This book is a step-by-step guide into the code and concepts of iOS apps. Each chapter contains diagrams that showcase the features of the platform, along with code samples from Apple and code samples exclusive to this book. 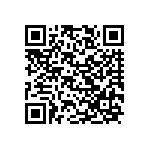