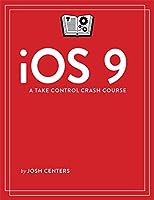 Come up to speed on iOS 9's new features!

Guided by TidBITS Managing Editor Josh Centers, you'll get a close look at iOS 9's new (and old) capabilities on the iPad, iPhone, and iPod touch, along with directions for putting them to use right away.

A What's New chapter gives you an overview of iOS 9's many changes -- including those in Siri, Spotlight, and Safari. The rest of the book describes the details, such as how those with recent iPads can use the new Split Screen, Slide Over, and Picture in Picture multitasking views, plus how to use Mail's new features, how iOS 9 helps you save battery power, the trick to finding the hidden iCloud Drive app, the iPad's new Trackpad mode, and much more. Special topics cover Family Sharing, accessibility, privacy, and managing data usage.

Josh helps you use iOS more effectively than ever with advice on:

What's a Crash Course? As part of our Crash Course series, this book splits the first-rate content you expect from Take Control into short chunks so you can dip in and read quickly. Because so many Take Control readers provide tech support to others, each concise chapter has sharing buttons and practical tweet-tips, making it easy to freely share a chapter with Facebook friends, Twitter followers, and others who really need the information. Take Control Crash Courses have a modern, magazine-like layout in PDF and a reflowable design in the EPUB and Mobipocket. 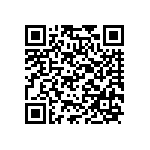