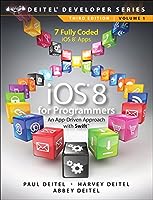 Billions of apps have been downloaded from Apple’s App Store! This book gives you everything you’ll need to start developing great iOS 8 apps quickly using Swift–Apple’s programming language of the future. You’ll also learn what makes a great app and how to publish your apps in the App Store. The book uses an app-driven approach–each new technology is discussed in the context of seven fully tested iOS 8 apps, complete with syntax shading, code highlighting, code walkthroughs and sample outputs. Apps you’ll develop include:

IMPORTANT NOTE ABOUT XCODE AND SWIFT: With Xcode 6.3 and Swift 1.2, Apple introduced several changes in Swift that affect the book's source code. Please visit www.deitel.com/books/iOS8FP1 for updated source code. The changes do not affect Xcode 6.2 users. You can download Xcode 6.2 from developer.apple.com/downloads/index.action (you’ll have to log in with your Apple developer account to see the list of downloads).

Sales of iOS devices and app downloads have been explosive. The first-generation iPhone sold 6.1 million units in its initial five quarters of availability (bit.ly/iPhoneGen1l). The iPhone 6 and iPhone 6 Plus, released in September 2014, sold over 10 million combined in their first weekend of availability (bit.ly/FirstiPhone6Weekend). iPad sales are equally impressive. The first generation iPad, launched in April 2010, sold 3 million units in its first 80 days of availability (bit.ly/iPadGen1). In just the first quarter of 2014, Apple sold a record 26 million iPads (bit.ly/iPad2014Q1). At the time of this writing, there were over 1.2 million apps in the App Store (bit.ly/iOSApps2014) and more than 75 billion apps have been downloaded!

This book presents leading-edge computing technologies for professional software developers. At the heart of the book is the Deitel “app-driven approach”– a variant of Deitel’s live-code approach–concepts are presented in the context of complete working iOS apps, rather than using code snippets. The introduction and app test drives at the beginning of each chapter show one or more sample executions. The book’s source code is available at: www.deitel.com/books/iOS8FP1.

You’ll quickly learn everything you need to start building iOS 8 apps–beginning with a test-drive of the Tip Calculator app in Chapter 1, then building your first apps in Chapter 2 with visual programming and in Chapter 3 with Swift. By the time you reach Chapter 9, you’ll be ready to create your own apps for submission to the App Store. We’ll overview the submission process, including uploading your apps, deciding whether to sell your apps or offer them for free, and marketing them using in-app advertising, social media, Internet public relations and more. 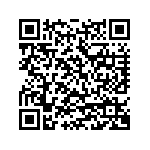