"A stereotype of computer science textbooks is that they are dry, boring, and sometimes even intimidating. As a result, they turn students’ interests off from the subject matter instead of enticing them into it. This textbook is the opposite of such a stereotype. The author presents the subject matter in a refreshing story-telling style and aims to bring the Internet-generation of students closer to her stories."?

--Yingcai Xiao, The University of Akron

Introduction to Middleware: Web Services, Object Components, and Cloud Computing provides a comparison of different middleware technologies and the overarching middleware concepts they are based on. The various major paradigms of middleware are introduced and their pros and cons are discussed. This includes modern cloud interfaces, including the utility of Service Oriented Architectures. The text discusses pros and cons of RESTful vs. non-RESTful web services, and also compares these to older but still heavily used distributed object/component middleware. The text guides readers to select an appropriate middleware technology to use for any given task, and to learn new middleware technologies as they appear over time without being greatly overwhelmed by any new concept.

The book begins with an introduction to different distributed computing paradigms, and a review of the different kinds of architectures, architectural styles/patterns, and properties that various researchers have used in the past to examine distributed applications and determine the quality of distributed applications. Then it includes appropriate background material in networking and the web, security, and encoding necessary to understand detailed discussion in this area. The major middleware paradigms are compared, and a comparison methodology is developed. Readers will learn how to select a paradigm and technology for a particular task, after reading this text.

The book presents two projects that can be used to illustrate the practical use of middleware, and provides implementations of these projects over different technologies.

This versatile and class-tested textbook is suitable (depending on chapters selected) for undergraduate or first-year graduate courses on client server architectures, middleware, and cloud computing, web services, and web programming. 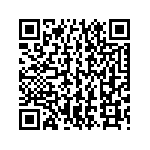