Praise for the Fourth Edition

"As with previous editions, the authors have produced a leading textbook on regression."
—Journal of the American Statistical Association

Introduction to Linear Regression Analysis, Fifth Edition continues to present both the conventional and less common uses of linear regression in today’s cutting-edge scientific research. The authors blend both theory and application to equip readers with an understanding of the basic principles needed to apply regression model-building techniques in various fields of study, including engineering, management, and the health sciences.

Following a general introduction to regression modeling, including typical applications, a host of technical tools are outlined such as basic inference procedures, introductory aspects of model adequacy checking, and polynomial regression models and their variations. The book then discusses how transformations and weighted least squares can be used to resolve problems of model inadequacy and also how to deal with influential observations. The Fifth Edition features numerous newly added topics, including:

In addition to Minitab, SAS, and S-PLUS, the authors have incorporated JMP and the freely available R software to illustrate the discussed techniques and procedures in this new edition. Numerous exercises have been added throughout, allowing readers to test their understanding of the material.

Introduction to Linear Regression Analysis, Fifth Edition is an excellent book for statistics and engineering courses on regression at the upper-undergraduate and graduate levels. The book also serves as a valuable, robust resource for professionals in the fields of engineering, life and biological sciences, and the social sciences. 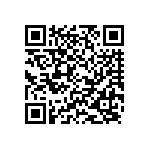