Award-winning game designer and professor Jeremy Gibson has spent the last decade teaching game design and working as an independent game developer. Over the years, his most successful students have always been those who effectively combined game design theory, concrete rapid-prototyping practices, and programming skills.

Introduction to Game Design, Prototyping, and Development is the first time that all three of these disciplines have been brought together into a single book. It is a distillation of everything that Gibson has learned teaching hundreds of game designers and developers in his years at the #1 university games program in North America. It fully integrates the disciplines of game design and computer programming and helps you master the crucial practice of iterative prototyping using Unity. As the top game engine for cross-platform game development, Unity allows you to write a game once and deliver it to everything from Windows, OS X, and Linux applications to webpages and all of the most popular mobile platforms.

If you want to develop games, you need strong experience with modern best practices and professional tools. There’s no substitute. There’s no shortcut. But you can get what you need in this book. 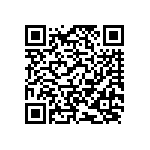