Author Manoel Carlos Ramon is a member of the Intel Galileo development team; in this book he draws on his practical experience in working on the Galileo project as he shares the team’s findings, problems, fixes, workarounds, and techniques with the open source community. His areas of expertise are wide-ranging, including Linux-embedded kernel and device drivers, C/C++, Java, OpenGL, Assembler, Android NDK/SDK/ADK, and 2G/3G/4G modem integration. He has more than 17 years of experience in research and development of mobile devices and embedded circuits. His personal blog about programming is BytesThink (www.bytesthink.com).

Software and hardware developers interested in embedded Linux and Arduino. 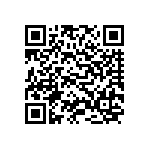