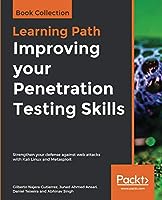 This Learning Path starts with an in-depth explanation of what hacking and penetration testing is. You'll gain a deep understanding of classical SQL and command injection flaws, and discover ways to exploit these flaws to secure your system. You'll also learn how to create and customize payloads to evade antivirus software and bypass an organization's defenses. Whether it's exploiting server vulnerabilities and attacking client systems, or compromising mobile phones and installing backdoors, this Learning Path will guide you through all this and more to improve your defense against online attacks.

By the end of this Learning Path, you'll have the knowledge and skills you need to invade a system and identify all its vulnerabilities.

This Learning Path includes content from the following Packt products:

This Learning Path is designed for security professionals, web programmers, and pentesters who want to learn vulnerability exploitation and make the most of the Metasploit framework. Some understanding of penetration testing and Metasploit is required, but basic system administration skills and the ability to read code are a must. 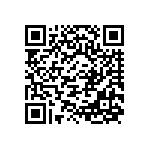