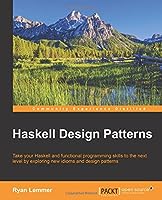 Design patterns and idioms can widen our perspective by showing us where to look, what to look at, and ultimately how to see what we are looking at. At their best, patterns are a shorthand method of communicating better ways to code (writing less, more maintainable, and more efficient code).

This book starts with Haskell 98 and through the lens of patterns and idioms investigates the key advances and programming styles that together make "modern Haskell". Your journey begins with the three pillars of Haskell. Then you'll experience the problem with Lazy I/O, together with a solution. You'll also trace the hierarchy formed by Functor, Applicative, Arrow, and Monad. Next you'll explore how Fold and Map are generalized by Foldable and Traversable, which in turn is unified in a broader context by functional Lenses. You'll delve more deeply into the Type system, which will prepare you for an overview of Generic programming. In conclusion you go to the edge of Haskell by investigating the Kind system and how this relates to Dependently-typed programming.

Using short pieces of executable code, this guide gradually explores the broad pattern landscape of modern Haskell. Ideas are presented in their historical context and arrived at through intuitive derivations, always with a focus on the problems they solve. 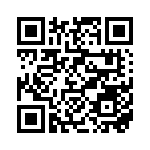