Every project, yours forever

At the heart of this package is a 1200-page guide that teaches you everything you need to know to make killer iOS apps for iPhone and iPad. That includes 38 projects that are built using iOS 9 and Swift 2, plus my complete Swift Knowledge Base that answers common questions quickly – and, more importantly, with code.

Get updates now and in the future

The full Hacking with Swift series will be 40 chapters of the book, and as new chapters are released you'll get free updates for your purchase. I'll also work hard to update chapters as Swift continues to evolve, which means you'll be able to get up to speed with Swift 3.0 as soon as it's released.

Support a good cause

All purchases help fund my work as I continue to bring quality-assured iOS development courses to the world. Thank you!

What's in the book

You get 39 complete iOS coding projects fully explained, as well as my complete Swift Knowledge Base. Along with a comprehensive introduction to the Swift language, the 39 tutorials you get are: 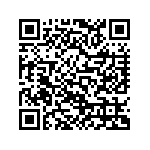 Sorry, this book is not available for download. Please get it from Amazon.
How to Download? Report Dead Links & Get a Copy
Online Preview Reviews 1 Get Print Book