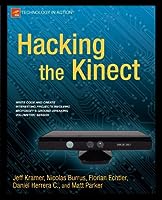 Hacking the Kinect is the technogeek’s guide to developing software and creating projects involving the groundbreaking volumetric sensor known as the Microsoft Kinect. Microsoft’s release of the Kinect in the fall of 2010 startled the technology world by providing a low-cost sensor that can detect and track body movement in three-dimensional space. The Kinect set new records for the fastest-selling gadget of all time. It has been adopted worldwide by hobbyists, robotics enthusiasts, artists, and even some entrepreneurs hoping to build business around the technology.

Hacking the Kinect introduces you to programming for the Kinect. You’ll learn to set up a software environment, stream data from the Kinect, and write code to interpret that data. The progression of hands-on projects in the book leads you even deeper into an understanding of how the device functions and how you can apply it to create fun and educational projects. Who knows? You might even come up with a business idea.

Hacking the Kinect is aimed at makers of all types. Tech-savvy artists can use the Kinect to drive three-dimensional, interactive artwork. Robotics hobbyists can create robots capable of “seeing” and responding to human motion and gesture. Programmers can create applications in which users manipulate data through physical motion and gestures. The creative possibilities are limitless, and fun!

Hacking the Kinect does require some programming background. Familiarity with programming in C++ or similar languages is assumed. Readers should also be reasonably comfortable working with electronics—for example, with Arduino or similar equipment. 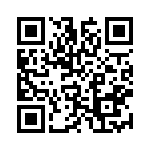